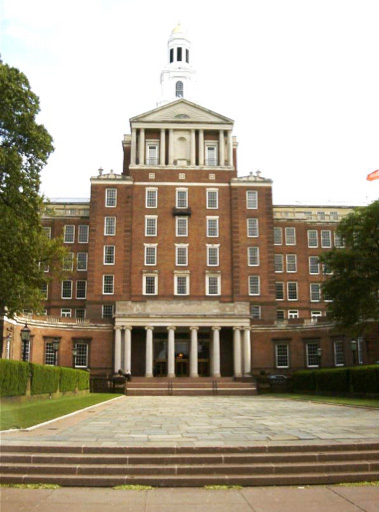 A team approach between Aztech Engineers, Inc., the owner, construction manager, electrical contractor and the fire alarm equipment supplier required cooperation and careful system planning to finish the complete upgrade of the fire alarm system in this 2 million square foot headquarters complex. This was accomplished within a very tight time schedule and with minimal occupant or business interruption. Within one month of receiving the “go ahead” for this project Aztech Engineers had documents prepared to the inspectors satisfaction that allowed work to begin on one wing of the building.

This project saw the replacement of every existing fire alarm device for the upgrade to a fully addressable system with the addition of automatic voice evacuation. Among the many challenges was the sequencing of hundreds of major air handling units, smoke evacuation and pressurization systems. Limited existing system information was available so thorough fieldwork was required to trace out and understand all of the existing systems. Careful consideration was given to maintaining all the architecturally significant details such as the marble walls, decorative ceilings and fixtures.

Aetna was concerned about having to evacuate the whole complex in the event of one alarm signaling. Aztech was involved in researching the code, then developing a partial evacuation plan that after some discussions and negotiations was accepted by the Authority Having Jurisdiction.